Home > Who we are

Smalls for All® is a charity set up in 2010 and created following a series of trips to orphanages where founder Maria Macnamara worked as a volunteer.

“Each volunteer trip was a huge learning experience for me and holds lots of memories, not all good. When I first visited Ethiopia I stayed with a host family and worked in an orphanage. I met a little girl called Elsa who was clearly very ill. Like many people would, I felt a real need to take action, perhaps pay for a doctor or even bring her back home for medical attention. I discussed this with one of the sisters but she told me a doctor had seen Elsa and said she would ‘expire on the operating table’. So she just lay there waiting to die. Each day I would go to work, wondering if she would still be there.

“When I got home I was always very aware that following my trips, I’d left behind many children who had got used to me and come to rely on me. I was very worried that perhaps I was doing more harm than good by spending two to three weeks with them, then leaving for home. So I realised I needed to do something more sustainable that would have longer-term benefits.

“Then I remembered about the lack of underwear and the problems this can cause. It’s a health and hygiene problem for many poor African communities, as women often only own one pair of tattered pants or have none at all. It’s also a matter of dignity.

“And that’s how Smalls came to life as a registered charity: to help adults and children in Africa by providing them with underwear they otherwise wouldn’t have access to.”

Over time, Smalls also sponsored the education of children in Kenya and Malawi. However, as the charity grew – and with it the need to concentrate our resources – we reviewed our approach to supporting education and decided to do it differently. Rather than sponsoring education directly, we believe we should focus on providing underwear.

In 2019, we changed our constitution to also support those in the UK who have a need for underwear.

We have a trustee board of knowledgeable and committed individuals who bring wisdom and clear vision to our cause. We also have the support of many volunteers, without whom we wouldn’t have achieved what we have to date.

Today, Smalls and our supporters help to collect and distribute underwear, both new pants and new or gently worn bras, to adults and children in Africa and the UK who need it most. 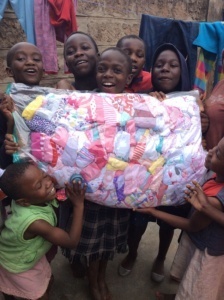 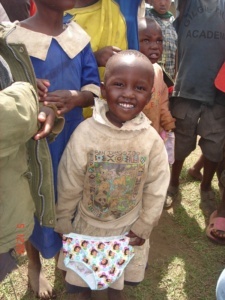 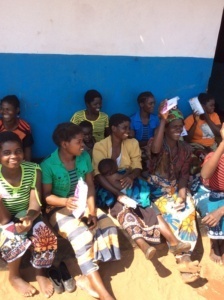 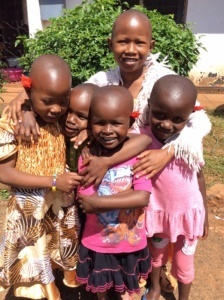 Your personal data will be stored safely and securely within Mailchimp, the vehicle we use to create our newsletters.